Upper Sixth pupils Kayla Gal and Isabelle Samuels organised The FHS Thrift Boutique in aid of Katherine Low Settlement (KLS). Tuesday afternoon saw the OSH transformed into a second-hand clothes store, with rails of clothing donated by parents, staff, independent fashion designers and two FHS alumna, Natalija Jovasevic and Zerafina Parbury. Owing to its popularity, the boutique has remained open every day, with Sixth Form pupils getting exclusive access to the sale on Tuesday, and other year groups, including staff, following suit throughout the week. With special thanks to Natalija Jovasevic, who returned to school for the first time since she left in 2015 to donate clothing, and speak with event organisers Kayla and Isabelle.

Happily, sales have exceeded all expectations with £650 being raised, all of which will be donated to KLS. Representatives from the charity visited the store at its opening on Tuesday, expressing their thanks to the Sixth Formers for organising the event. 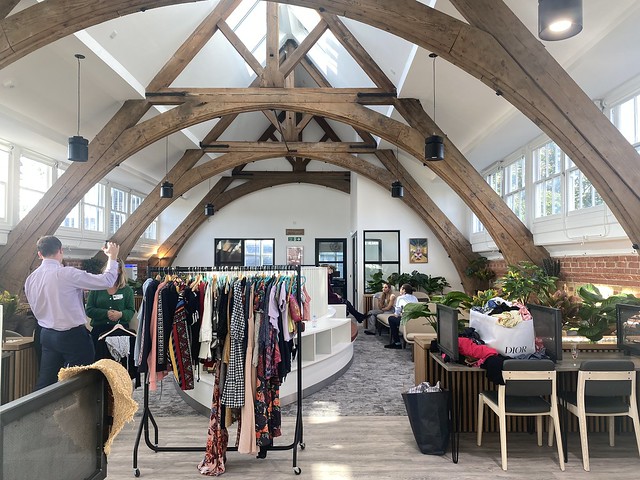 The annual publication is now available to buy at the reduced price of £10.00 for alumni More... Huge congratulations to our Headmistress, who was announced winner of the prestigious Tatler Schools' Best Head of a Pub… More...

On Thursday 30th September we welcomed the Duke of Westminster to open our inspirational new Sixth Form Centre, the Old … More...