25 former pupils and staff, including current Lower Sixth A Level English students, enjoyed an evening at the Noel Coward Theatre Bella Charlton (Class of 2017) second from left, and friends

25 former pupils and staff, including current Lower Sixth A Level English students, enjoyed an evening at the Noel Coward Theatre to watch the coming-of-age musical, Dear Evan Hansen, about a lonely high-school student who longs to fit in. Deeply personal and contemporary, Dear Evan Hansen has won 6 Tony Awards, including best musical. Taken from the 2018 novel by Val Emmich, Dear Evan Hansen has also been adapted into a film which has just been released.

We were especially delighted to see both new and established alumni at our first live event since the pandemic. It was a privilege to also welcome our Lower Sixth students, photographed below, and although another couple of years away from being official FHS alumnae, they were able to get an idea of the sorts of events they can expect to enjoy. Said pupil Natasha O'Donohoe,"It was lovely to be able to meet some of the FHS alumnae as well as staff. I had already seen Dear Evan Hansen once, and I loved it so much, I was thrilled to be offered to go again. I had a wonderful time last night and the show was incredible." Co-Chair of the Alumni Association, Anne Cyron commented on the lively and buzzing atmosphere at the event.

Thanks to all who came to watch Dear Evan Hansen. Future alumni events will be announced shortly! 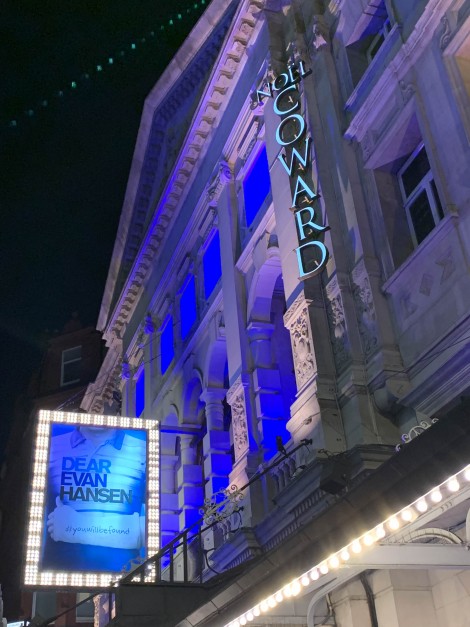 Take a look at these photos from back in the '70s. Who do you recognise? More... Don't forget our alumni trip to watch the production of Dear Evan Hansen, at the Noel Coward theatre on Tuesday, 23rd No… More... This award is intended for Old Girls to support fellow alumni in business and entrepreneurship. The value of the award(s… More...